Lyrics of I Pledge Allegiance To The Lamb 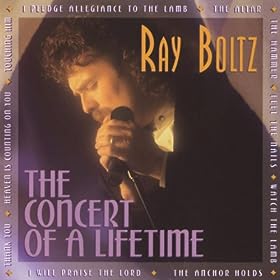 Lyrics of I Pledge Allegiance To The Lamb

"Dad, has it always been this way?"
" Well, even from the beginning men hated
Jesus even though He did nothing but love
them and teach them and heal them. They
nailed Him to a cross. They thought they
had killed Him, but they only set Him free
to live in the hearts of people like you
and me who believe in Him. Then came the
apostles and most of them were killed for
telling other people about Jesus. So they
tortured them and killed them and even
left their bodies to rot as an example
to other people, but the church kept
right on growing, watered by the blood
of these precious saints."

"But Dad, did they want to die?"
" No. They didn't want to die. I mean,
many of them had children just like you
they had to leave behind. But they were
forced to make a choice. They could
choose to live this one life here on
earth and reject Jesus and be damned
or they could choose to believe in
the words of Jesus and live forever."
" I think I understand."
" Here, maybe this will help you understand."

Now the years have come and the years have gone
But the cause of Jesus still goes on
And now our time has come to count the cost
To reject this world, to embrace the cross
And one by one let us live our lives
For the One who died to give us life
Till the trumpet sounds on the final day
Let us proudly stand and boldly say

To the Lamb of God who bore my pain
Who took my place, who wore my shame
I will seek to honor His commands
I pledge allegiance to the Lamb

"You've got to remember that it wasn't
always this way. I mean, my dad could
even pray in school, of course, they
took that away from him. Then it became
incorrect for us to believe in the bible
and after that they just stripped our
right to worship away from us and we
quietly stood by. But son, I hope that
you're never put in the position that
you have to choose between your faith
and your life. But if you are - I know
which choice you're going to make because
I know that Jesus lives inside of you.
In the meantime, just pray like I taught
you how to and take care of your mom and
remember that God is the Father of the fatherless."


I Pledge Allegiance To The Lamb Lyrics are the property of the respective artists, writers and labels. These lyrics are provided for eduacational purposes only. Please buy the song if you like them.