Lyrics of Another Brick in the Wall 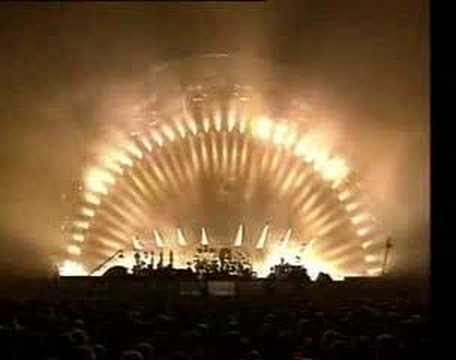 Lyrics of Another Brick in the Wall


'Another Brick in the Wall' is the title of three songs set to variations of the same basic theme, on Pink Floyd's 1979 rock opera, 'The Wall', subtitled 'Part I' (work title 'Reminiscing') , 'Part II' (work title 'Education'), and 'Part III' (work title 'Drugs'), respectively, all of which were written by Pink Floyd's bassist and then lead songwriter, Roger Waters. It has become one of the most famous Pink Floyd songs. Part II is a protest song against rigid schooling in general and boarding schools in particular, which has led to the song being banned in South Africa. It was also released as a single and provided the band's only number one hit in the UK, the US, West Germany and many other countries. In the UK, it was their first single since 1968's 'Point Me at the Sky', the song was also the final number one single of the 1970s. For Part II, Pink Floyd received a Grammy nomination for Best Performance by a Rock Duo or Group and lost to Bob Seger's 'Against the Wind'. In addition, Part II was number 375 on Rolling Stone's 500 Greatest Songs of All Time list. The single sold over 4 million copies worldwide. In Israel Part II was chosen as the best rock song of the 1980s (although it was issued before 1980), in a survey by one of the main radio stations Israel Army Radio held at the end of 1989. The single, as well as the album 'The Wall', were banned in South Africa in 1980 after the song was adopted by supporters of a nationwide school boycott protesting racial inequities in education.
Other songs from Pink Floyd

Other songs from Pink Floyd

Other songs from Pink Floyd


Another Brick in the Wall Lyrics are the property of the respective artists, writers and labels. These lyrics are provided for eduacational purposes only. Please buy the song if you like them.