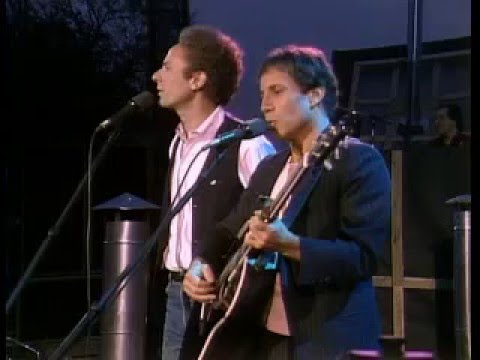 Scarborough Fair by Simon & Garfunkel is part of the album "Parsley Sage Rosemary and Thyme" .

Are you going to Scarborough Fair
Parsley, sage, rosemary and thyme
Remember me to one who lives there
She once was a true love of mine.

Tell her to make me a cambric shirt
(On the side of a hill in the deep forest green).
Parsley, sage, rosemary and thyme
(Tracing a sparrow on snow-crested ground).
Without no seams nor needle work
(Blankets and bedclothes the child of the mountain).
Then she'll be a true love of mine
(Sleeps unaware of the clarion call).

Tell her to find me an acre of land
(On the side of a hill, a sprinkling of leaves).
Parsley, sage, rosemary and thyme
(Washed the grave with silvery tears).
Between the salt water and the sea strands
(A soldier cleans and polishes a gun).
Then she'll be a true love of mine.

Tell her to reap it with a sickle of leather
Parsley, sage, rosemary and thyme
And bind it all in a bunch of heather
Then she'll be a true love of mine.


The arrangement made famous by Simon & Garfunkel's 'Scarborough Fair/Canticle' originated in the mid-20th century. Paul Simon learned it in 1965 in London from Martin Carthy. Then Art Garfunkel set it in counterpoint with 'Canticle', a reworking of Simon's 1963 song 'The Side of a Hill' with new, anti-war lyrics. It was the lead track of the 1966 album 'Parsley, Sage, Rosemary and Thyme', and was released as a single after being featured on the soundtrack to 'The Graduate' in 1968. The copyright credited only Simon and Garfunkel as the authors, causing ill-feeling on the part of Carthy, who felt the 'traditional' source should have been credited. This rift remained until Simon invited Carthy to duet the song with him at a London concert in 2000.

Prior to Simon's learning the song, Bob Dylan had borrowed the melody and several lines from Carthy's arrangement in creating his song, 'Girl from the North Country', which appeared on 'The Freewheelin' Bob Dylan' (1963), 'Nashville Skyline' (1969) (together with Johnny Cash), 'Real Live' (1984) and 'The 30th Anniversary Concert Celebration' (1993).


Scarborough Fair Lyrics are the property of the respective artists, writers and labels. These lyrics are provided for eduacational purposes only. Please buy the song if you like them.