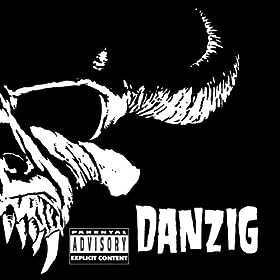 Mother by Danzig comes under the genre Rock,General. It was released on 13 Nov 2007 under the label of American. Copyright holded by (P) 1988 American Recordings. 2007 SONY BMG MUSIC ENTERTAINMENT..


'Mother' is a song by Danzig that first appeared on their 1988 debut album, 'Danzig'. Thematically, the song is a rhetorical challenge to parents who wish to shield their children from what is believed by Danzig to be the reality represented by heavy metal music. The song was primarily inspired by Tipper Gore who, along with the Parents Music Resource Center, introduced the Parental Advisory warning placed on albums that contain explicit content.

The original 1988 music video was rejected by MTV for its ending sequence, which contains imagery of a chicken being sacrificed and an inverted cross being drawn in its blood (although Glenn noted that the chicken was not actually killed or harmed). Despite Danzig's claim that he would not cater his videos to MTV's standards, a new video was eventually produced five years later with entirely different visuals.

Retitled 'Mother '93', the song became a hit on radio and MTV in 1993–1994 after a music video incorporating live footage and an overdubbed 'live' concert audience atop the original track was created to promote the band's new live EP, 'Thrall: Demonsweatlive'. Both the original music video and the live footage version appeared on Beavis and Butt-head, in the episodes 'Couch Fishing' and 'Crisis Line'. The song peaked at number 17 on the 'Billboard' Hot Mainstream Rock Tracks chart and 43 on the Hot 100. In the UK, the song peaked at number 62 on the singles chart. The song appeared in the video game 'Grand Theft Auto: San Andreas', on the station Radio X, as well as the game 'True Crime: New York City'. A cover version also appeared in 'Guitar Hero 2' and in the game 'Guitar Hero: Smash Hits'. It is the entrance song for UFC fighter Gabriel Gonzaga.

Other songs from Danzig

Other songs from Danzig


Mother Lyrics are the property of the respective artists, writers and labels. These lyrics are provided for eduacational purposes only. Please buy the song if you like them.