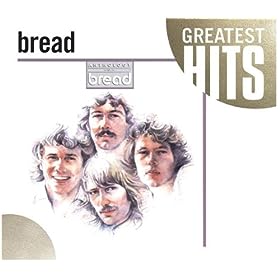 If by Bread comes under the genre Classic Rock,General , Rock,General. It was released on 13 Aug 1985 under the label of Rhino. Copyright holded by 1985 Elektra/Asylum Records.

If a picture paints a thousand words,
Then why can't I paint you?
The words will never show the you I've come to know.
If a face could launch a thousand ships,
Then where am I to go?
There's no one home but you,
You're all that's left me too.
And when my love for life is running dry,
You come and pour yourself on me.

If a man could be two places at one time,
I'd be with you.
Tomorrow and today, beside you all the way.
If the world should stop revolving spinning slowly down to die,
I'd spend the end with you.
And when the world was through,
Then one by one the stars would all go out,
Then you and I would simply fly away


'If' is a song written by American singer-songwriter David Gates in 1971. Originally popularized by his group Bread, the song charted at number four on the Billboard Hot 100 when released as a single in 1971. The song also spent three weeks at number one on the easy listening chart. It was quickly covered by other singers (including Frank Sinatra, Jack Jones, Perry Como , Telly Savalas, Shirley Bassey, Westlife and Frankmusik). The Telly Savalas version reached number one on the UK Singles Chart for two weeks in March 1975, and has the shortest title of any song to reach number one. 'If' has been a perennial favorite at weddings (for example, as a first-dance song) ever since it was released. It was also recorded, as an album track, by Scott Walker in his early 1970s MOR period.


If Lyrics are the property of the respective artists, writers and labels. These lyrics are provided for eduacational purposes only. Please buy the song if you like them.