Lyrics of Come On In My Kitchen 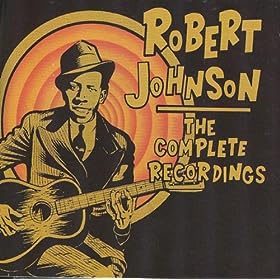 Come On In My Kitchen by Robert Johnson comes under the genre Blues,General. Copyright holded by (c) Universe.

Lyrics of Come On In My Kitchen


'Come On in My Kitchen' is a blues song by Robert Johnson. Johnson recorded the song on Monday, November 23rd, 1936 at the Gunter Hotel in San Antonio, Texas - his first recording session. The melody is based on a hit record by the string band the Mississippi Sheiks, 'Sitting on Top of the World', (1930) . The Sheiks in their song state that 'now she's gone but I don't worry, cos I'm sitting on top of the world' and so celebrate having come to terms with the loss of a woman, but Johnson evokes an altogether darker mood, with his own lyrics telling a more unresolved and anguished story. His different musical arrangement on slide guitar (in open tuning, commonly thought to be open G) is based on Tampa Red's solo instrumental recording of the same tune with the title 'Things 'Bout Coming My Way No. 2'. This had been a hit for Tampa Red in 1936, and the song had provided earlier hits for him and Georgia Tom and for Kokomo Arnold in 1935.

Johnson's recording was released on the Vocalion label (no. 03563) as a 'race record' - cheap records for the black consumer market. The song was among those compiled on the 'King of the Delta Blues Singers' LP in the 1960s. (A slower alternate take was also later found and released on CD collections; this version also has ten extra lines of lyrics.)

Other songs from Robert Johnson

Other songs from Robert Johnson


Come On In My Kitchen Lyrics are the property of the respective artists, writers and labels. These lyrics are provided for eduacational purposes only. Please buy the song if you like them.